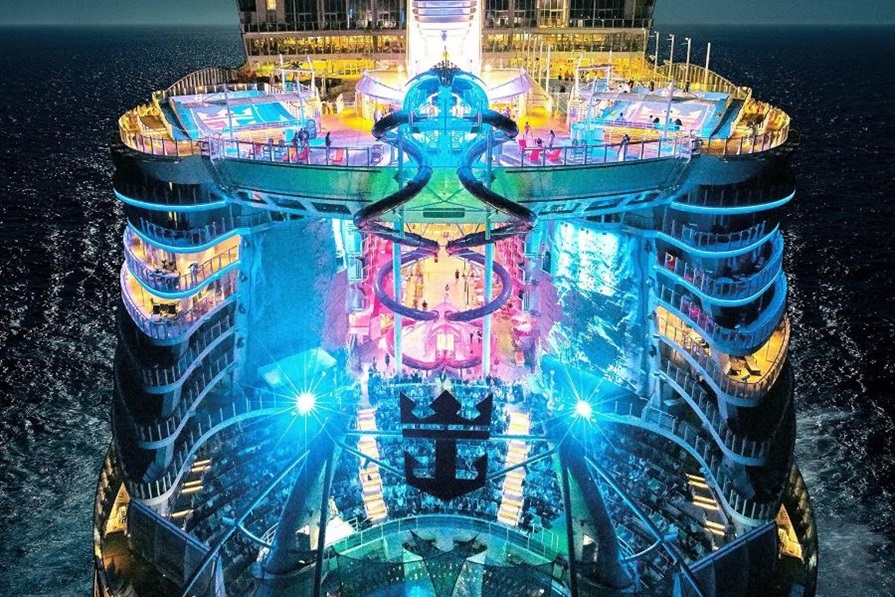 1200 trees and plants grow in the ship's "Central Park". The "Symphony of the Seas" is therefore not only the largest, but also the greenest ship in the world.

The team usually speaks many languages and is available for the passengers of the luxury cruise ships around the clock. The kitchen team and the service staff are probably teached and well-trained staff who take care of the daily routine, for instance on the 362 m long floating city "Symphony of the Seas".

Unfortunately, only groups of people with a big wallet will benefit from these floating "luxury trips", although especially in the Mediterranean, where such cruise ships cast anchor, many people have to "drown" because the most popular port cities for tourists and tourists Refugee mooring cities are located in the Mediterranean.

A total of approximately 9,000 people could live and stay for a while on the cruise ship mentioned above, as it has 17 decks as well as 19 restaurants, daycare centers, a hospital, a park with real trees and artificial birdsong, a mini golf course, several swimming pools and cinemas as well as an on-board GPS system, so that no guest can get lost in the labyrinth of corridors.